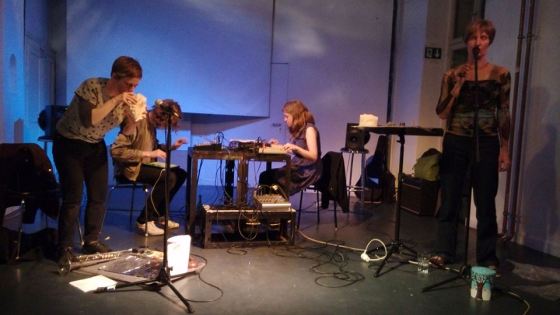 A cut-up of recordings of animals, blurred with computer-generated birds and frogs, crickets. The computer loses its technologicalism and the animals get denaturalised.

A band formed in 2011 in Berlin. The Secretaries bring together three strong personalities to explore new musical directions and forms. Works are composed and performed through the reproduction of recorded material whose manipulation acquires a new meaning in a game of tensions and balances, interweaving and setting of concrete sounds, environmental field recordings, rhythms, impulses, noises, and mistakes.

Recording in Latvia in 2008, on a disused Army base, with Maksims Shentelevs, Eamon Sprod, John Grzinich and Kaspars Kalninsh. Read the information and listen with headphones!!